I loved having this family in front of my camera again! 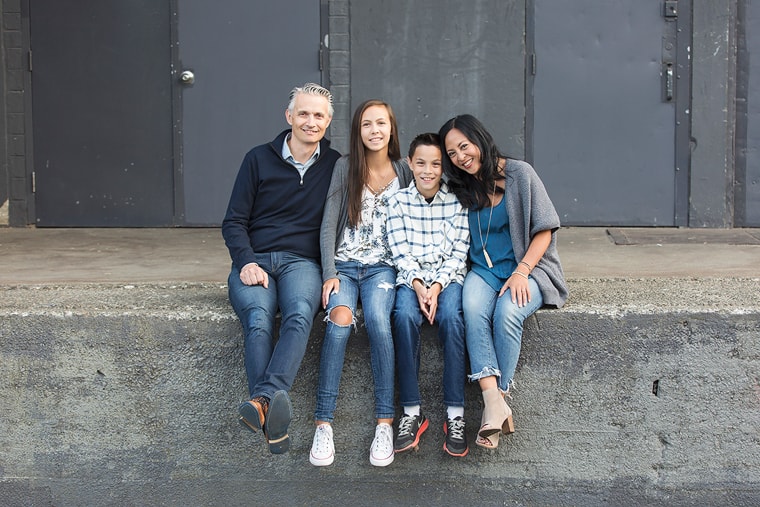 We went back and forth a few times on a location for their session since we did a city session last time. But city is just who they are – so urban family portraits it is! 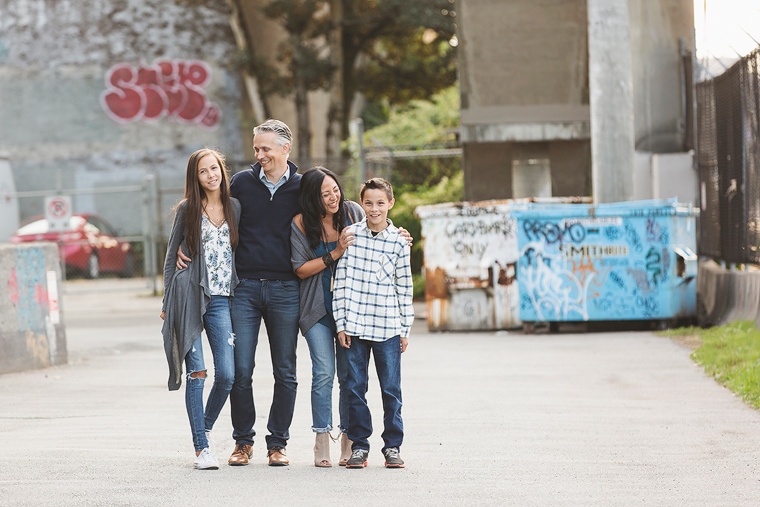 Chris came straight to our session location from work and gave Adina a kiss as her and the kids arrived in their car. The kids were chattering to each other and jumping on some old telephone poles lying by the side of the road as we caught up.

You can just tell this family loves each other. 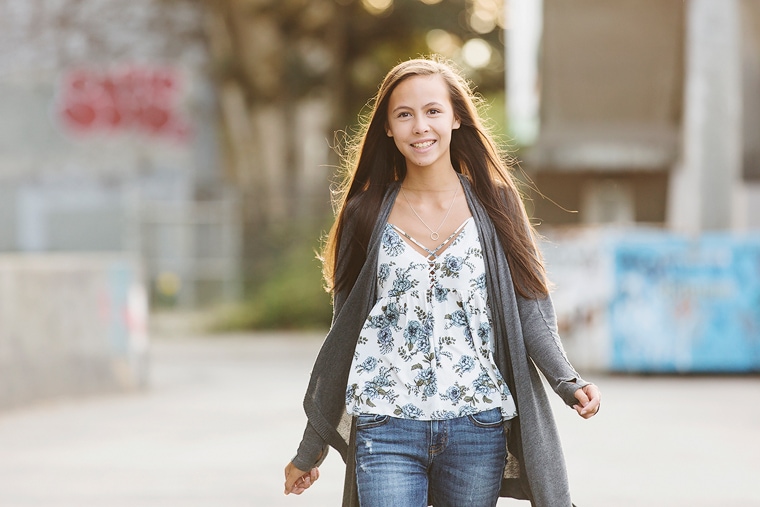 It’s been a couple years since I last photographed them and so much has changed, yet they’re still the same. I could see the same great connection as I remembered from last time yet in two short years the kids are so much older. 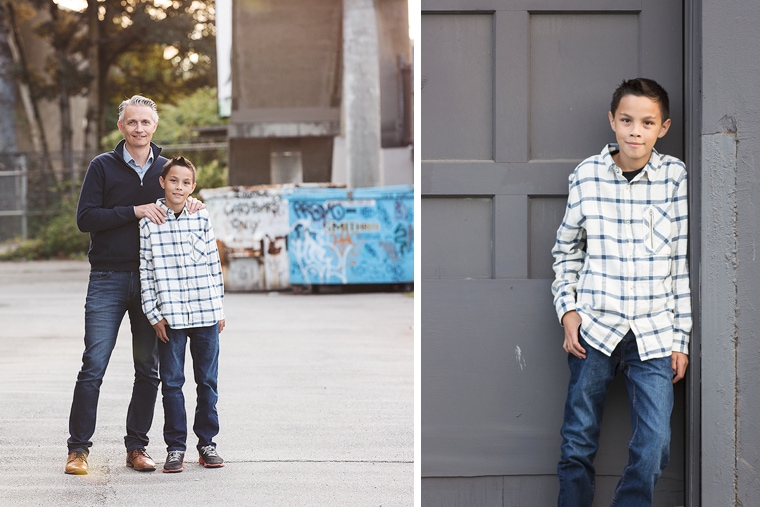 As parents, the changes aren’t as noticeable in our own kids, other than the new jeans we buy because the old ones are now too short or the millionth pair of runners as they’ve grown out of yet another pair. But when I asked Chris to look down at his daughter, and realized he now needed to look beside to his daughter, the growth of the last two years is suddenly obvious. 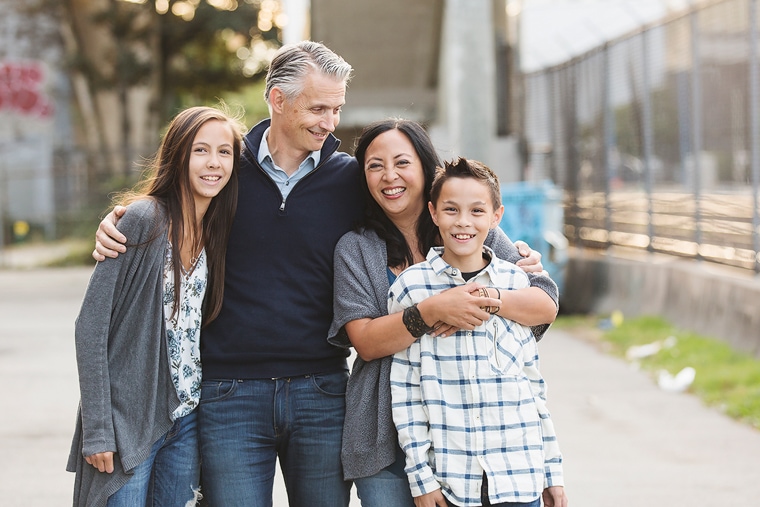 Don’t put off updating your family portraits. Even when it feels like so much is the same, so much has changed.

And especially as your kids get older, letting them know that they’re as important and valued as ever does so much for their sense of self-esteem and belonging. 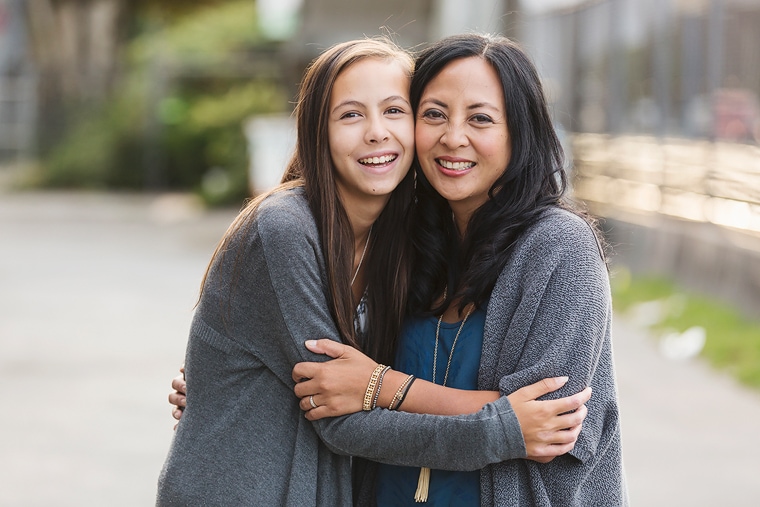 Adina does a great job of being deliberate with her outfit choices. Their home is accented with a gorgeous shade of Tiffany blue so she chose blue tones, mixed in with some neutrals, so that their final wall gallery would complement their home décor.

The two kids are wearing patterns but not the same patterns – one floral, one plaid – with similar colours (don’t worry if they’re not the exact same shade!) and the parents balance everything out with solids in the same colour scheme. 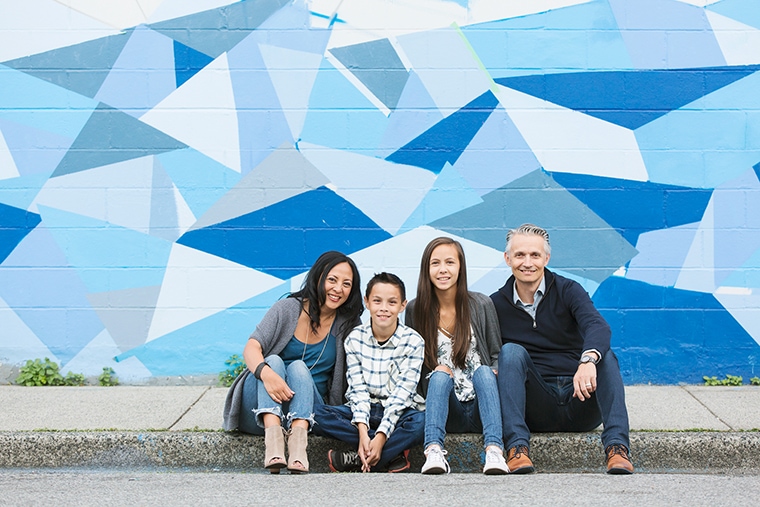 Their outfits all work together without looking like they’re trying too hard. 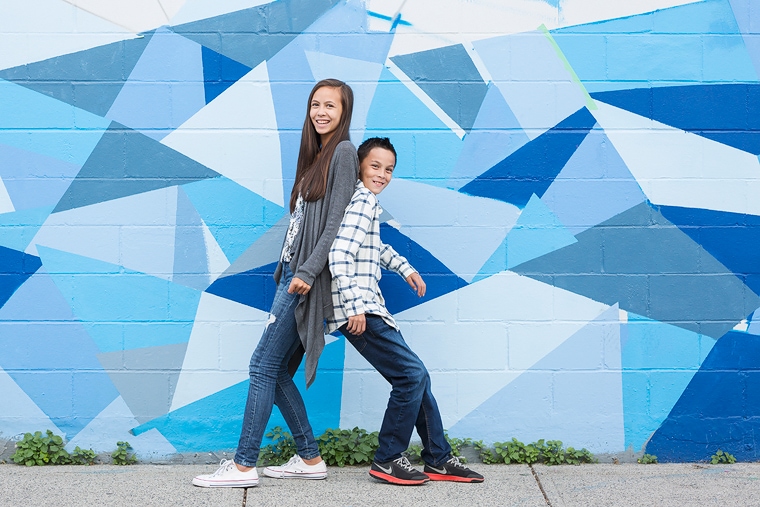 And oh this location…. there are so many beautiful colours and textures (and yes I think those grafittied dumpsters are beautiful!) within a short walk. It’s may not be the best neighbourhood in town but it makes a fabulous backdrop for urban family portraits. 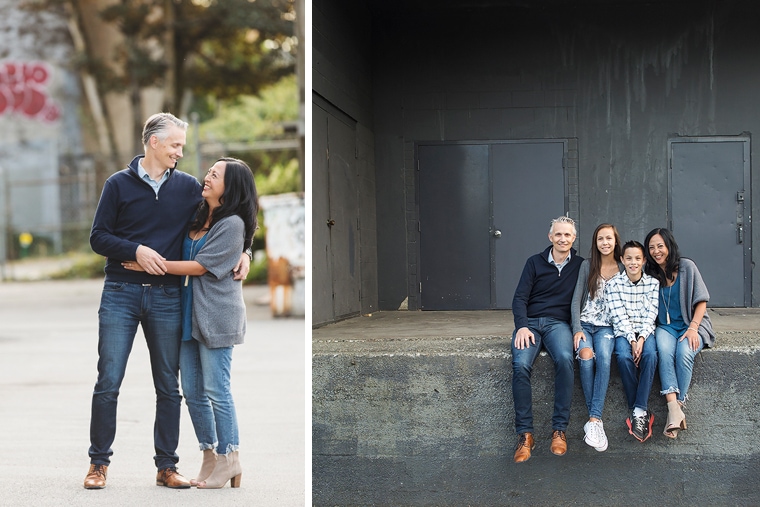 P.S. Want to take a look at their last family session? Their photographs were featured in this article about The Forgotten Age.